At a training camp for a race called Sky Run, we’re made aware of two facts pretty early on in the piece. One being, that for the next 100km, all the peaks and ridge lines in our sight are there at that particular time for one sole purpose – to run along the tops of. Secondly, Sky Run is not a trail run, it’s a mountain run, and the sooner we get our heads around that, the better.

Welcome to the Witteberg mountain range, just off the south-west corner of Lesotho. Tough country, big country, and nothing short of magnificently humbling.

In truth, I only went along to the Sky Run information evening a few weeks ago to catch up with mates and have a bit of a nosey. Sky Run is a racing spectacle I’d heard so much about this year in South Africa, and I was keen to chat to some of ‘those people’ who run 100km, the majority being around 2200m or higher, climbing in total the best part of 4500m.

Oh dear, then it just happened… by the time the final bit of information had been shared that evening, I was already deciding how many pairs of socks I should take when I grace the start line. Me and my brain, honestly…

For the training camp this weekend we hooked off from the quaint wee town of Lady Grey at 4am on Saturday, and legged it up and down steep tough relentless terrain; tracks, grass lands, a ridge line called ‘The Dragon’s Back’ for a reason, sandstone, a couple of near-dry rivers, other stuff, and up to the highest peak of Avoca, 2800m, for a quick lunch. How grand. Reaching Balloch campsite about 13 or so hours later was nothing short of glorious. A 5000ha sheep and beef farm whose land owners put on an epic potjie pot of meat off the land, all served under an overhanging cave. A massive thanks to all the various land owners who let us march across their land, what a privilege.

A quick kip with full bellies, then it was time for Sunday morning – up at 3am for a 4am set off – a steep hike up ‘The Wall’ (visualise a wall and you’re pretty much there.) We called it a day by 8.30am, many had a solid drive home. A testing 80km weekend . All in all, a great taster for race day –for someone of my rookie caliber with this stuff, there’s little expectation of knocking this 100km off in much less than 28 hours.

This weekend was just so super, what a neat crew. If there was a talent quest for bendy ankles, mine would win. I can eat a chia seed/oat mix with a spoon and run at the same time. I learned how to use a fancy sports watch; if it tells me again ‘You must be moving to access your location’ as I’m marching up a hill as fast as I possibly can, trying to ignore my dizzy head from the altitude, I may throw it away. Altitude must be treated with the upmost respect, it owns you up there. It was incredible to see one traditional Lesotho stockmen on his horse, waving his smart phone in the air trying to find signal. One last thing – What do you call four New Zealand sheep tied to a pole? A PlayStation…Thanks AJ, what a pleasant opening conversation at 4am on a Sunday as we’re marching up a beastly hill so steep that if we pause we may fall backwards. Saffy, Mike and Pierre, the support crew for the groups, and everyone else who made it happen, thanks so much for such a lekker weekend. Better keep moving. #hellofarun #kwayskyrun #suunto #with_belles_on 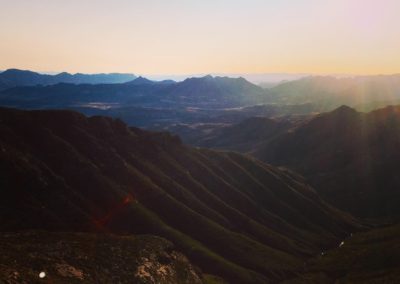 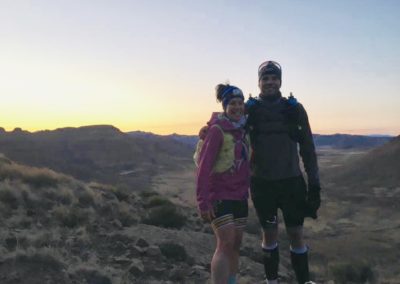 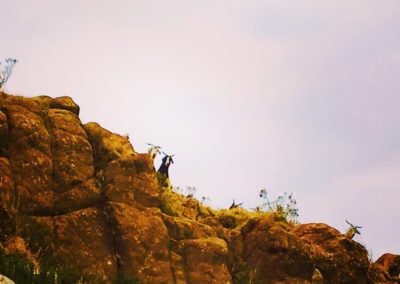 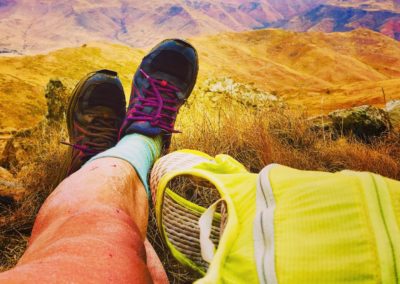 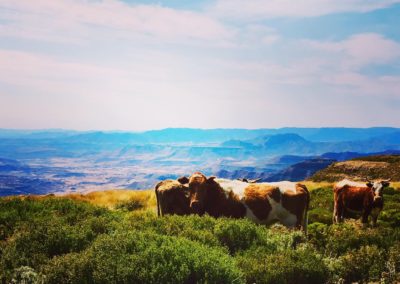 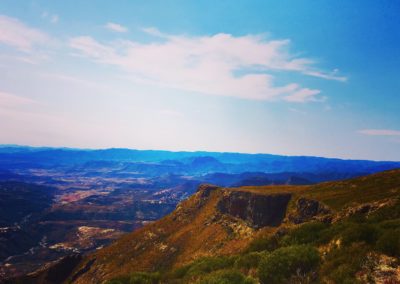 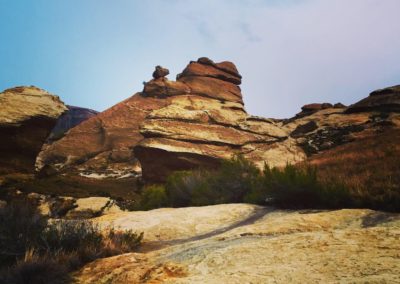 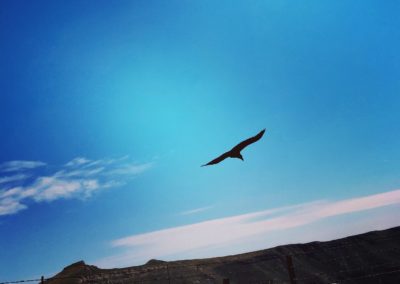 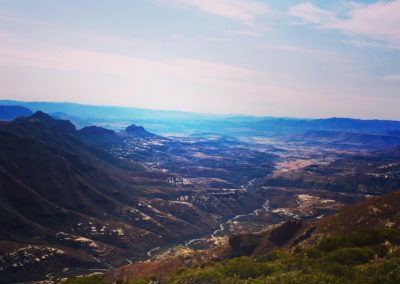 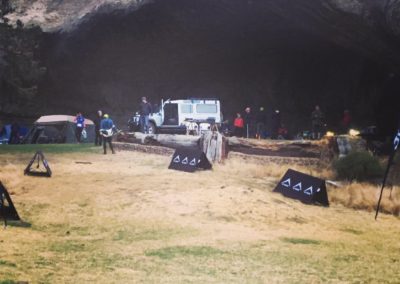 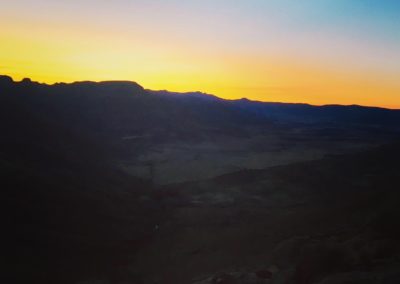