And…… we made it to Zim!!!! A bit of a mission, but not too bad for a plan that was shaped up just 15 hours beforehand. After leaving the Makgadikgadi Salt Pans in Botswana at the crack of dawn today, with achy legs and a satisfied belly after yesterday’s indulgence of a few tequilas and an epic braai, after running 100km across those mighty salt pans for Botswana’s inaugural stage ultra marathon race The Freshpak Salt Pans Ultra, (that’s an entirely different story by the way..) it was time to head east and hit the Zim border, firstly ensuring the fuel tank was full with an additional couple of full jerry cans for luck. Or necessity. Navigating the Plumtree Border Crossing was no simple process.

A lack of a car registration paper on our part meant a quick backpedal to a local police station on the Botswana side. It went a bit like this…. Turned left at the T-Intersection, drove up a dusty road past a village of small houses. A young fit looking guy casually leaned against his car as we stopped to ask him where the police station was. He pointed us in the right direction, accompanied by ‘What do you need?’ ‘We need an affidavit signed to show we own the car… are you a policeman?’ ‘Yes, but I’m not on duty. My boss is there and will help you.’ Awesome, off we went. The police station was empty, but a lady at the house next door popped her head out, asking if we needed help. She was wearing pajamas, had her face caked in some sort of cosmetic clay, and it turned out she was the policewoman we were looking for. So with a big smile, and still in her mask and pyjamas on, she happily walked over to the Station, and willingly scribed up the required paperwork, (after we found her a pen in the car because she didn’t have one.)

Her superior arrived shortly after to second it, we gave them some cold drinks and chocolate brownie to say thanks, (they were super stoked) and we were then back to the border. Then we get to the Zim side. Africa time, at its best. Nothing was particularly wrong, (apart from the fact we had to smuggle our car in because the man behind the desk didn’t trust the affidavit, so a tale was made up which worked..)  it’s just that nothing happens in a hurry. In a nutshell, three hours from one border post to the next. Now, the Zim currency is quite hard to keep up with at the moment. So when we reached the first toll gate and were asked to pay in the Bond currency, we had no goods. But in Africa, you can always make a plan. Turns out the guy in the car in the bay parallel to us had lots of this stuff, and was after some USD, of which we’d managed to get our hands on a bit of at the border.

So he paid our toll, and we followed him half an hour up the road to Bulawayo, where he waved us over, and we did a little shifty swapsie of currency in the back seat of his car. Nicely done. Oh, that was after we got pulled off at one of the already many  police road blocks, and the man in uniform asked if we had a couple of dollars or some cold drinks from Botswana, (noting the number plate). Again, the chocolate brownie was a winner. But even with all of this organised chaos, it’s always so damn great to get back to this country, even if it is just for a couple of days this time.

The road opened up as we drove north to Harare, we dodged cows and goats and dogs and sketchy trucks and vans and buses unloading or loading masses of people, and my grin just got wider and wider and wider that eventually my face started to hurt. The Batswanan, the South African and the Kiwi – what a great day for a scavenger hunt. mountains haven’t changed a bit in nine years, and I don’t recon we have much either. 🥰 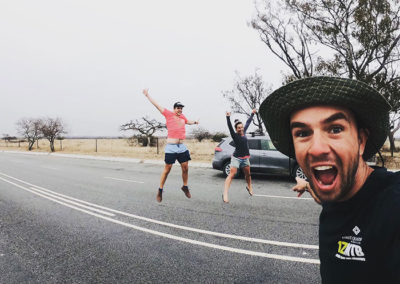 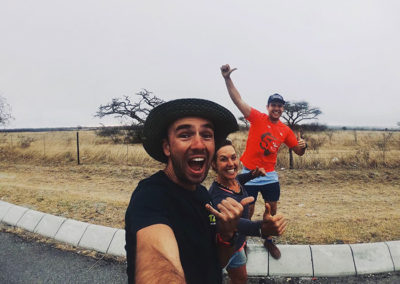 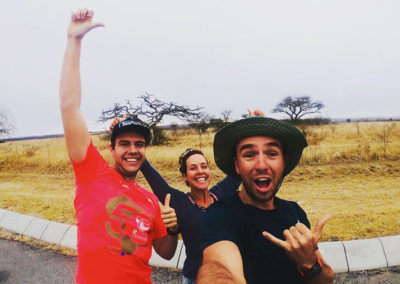