On the back of a wonderful winemaking harvest in Zimbabwe at the beginning of 2019, Annabelle Latz was drawn to Thonninggii Wine Cellars, in central north Namibia near Etosha National Park.

Owned by the Boshoff family, Thonninggii, named after the local fig tree, oozes charm with its brick cellar made from local clay, and the cheese, milk, meat and bread all home produced.

In true bold Kiwi style I sent them a note requesting to learn their winemaking ways. A quick reply of ‘when can you get here’ confirmed my plan.

Gilmar Boshoff is second generation, the first grapes were planted in the early nineties. A couple of days before Christmas he collected me from the nearby town of Otavi in his well worked Toyota Hilux, with a warm grin across his face that only a man who loves his hardworking life amongst the natural elements could have.

Gilmar, his wife Tamara and their three young children live next door to his parents’ property Thonninggii – it was on the back of the 2009 harvest which produced some epic syrah, they ventured out with their own label, Der Katholischer, (the Catholic) paying homage to a Catholic priest who planted some of the first vines in Namibia more than 100 years ago.

“The most important thing about making wine is having the connection with the earth and the vines, and not being too lazy or useless to stuff it up before you put it into bottle,” said Gilmar.

He studied winemaking in Stellenbosch and worked there before venturing back home in Namibia.

Although it’s just a skip and hop between these two properties, the soils vary significantly – sandy silt loam at Thonninggii and clay at Der Katholischer; Gilmar says a nice touch for expressing differences in the bottle. The Otavi Valley features dolomite rock which provides calcium and magnesium, and the soil is also rich in iron which is evidence of the red soil blown over from the Kalahari Desert.

“That’s what I love about winemaking, being so in touch with nature.”

Der Katholischer started in 2014 – the vineyard, a small winery, paddocks of cattle, sheep, and sable, accommodation cottages and camping areas.

Dams, compost heaps, worm farms, solar energy – self-sufficient energy methods and biodynamic practices are important here because as Gilmar said, “water demand will be reduced by 35% if you have a lot of organic matter in the soil…… We are always preparing for if or when Namibia puts in water restrictions.”

Some harvests are dry, some are wet, every year since their first harvest in 2000 a different tune. This was one of the wettest harvests for a while, during my fortnight stay we experienced 40 millimetres of rain on some days.

“We have to remember that vines don’t just sit there all year doing nothing. They have memories and are constantly adapting to the conditions.”

Thonninggii 30 years ago; advice from a friend who said the Otavi Valley reminded him of the wine growing regions in South Africa.

Bertus is also the general practitioner in the sleepy town of Otavi, and loves to constantly learn about science and new skills.

“I enjoy the whole story, being in the vineyard, and making the wine.”

This gently spoken man in his early seventies cherishes the connection with the land and his family.

“I wanted to be a little bit crazy,” he said, remembering the rather radical nature of planting wine grapes when he did.

Each day would start with a morning coffee with Bert at Thonninggii, Norma Jean the bull terrier asleep at our feet, parakeets tweeting,  guinea fowl and pheasants running about.

Planning the day; picking, crushing, sampling, delegating who was on baboon watch in the vineyards.

At the Boshoff Family Wines’ cellar there is always organised chaos, usually in the form of Kolletjies the pet sheep (Afrikaans for ‘Dots’) and three dogs.

There is a special connection with the local people, the Damaran; one of the oldest nations in Namibia and a vital workforce on these lands.

Evidence of this is held within in the bottles of the viognier or muscadelle, the syrah or the tempranillo, various other cultivars, port, sparkling wine, grappa and marula schnapps.

Ask any winemaker; their skill and trade are not easy and even less so in a barren, or sometimes very wet place like central northern Namibia.

Check out the online version here 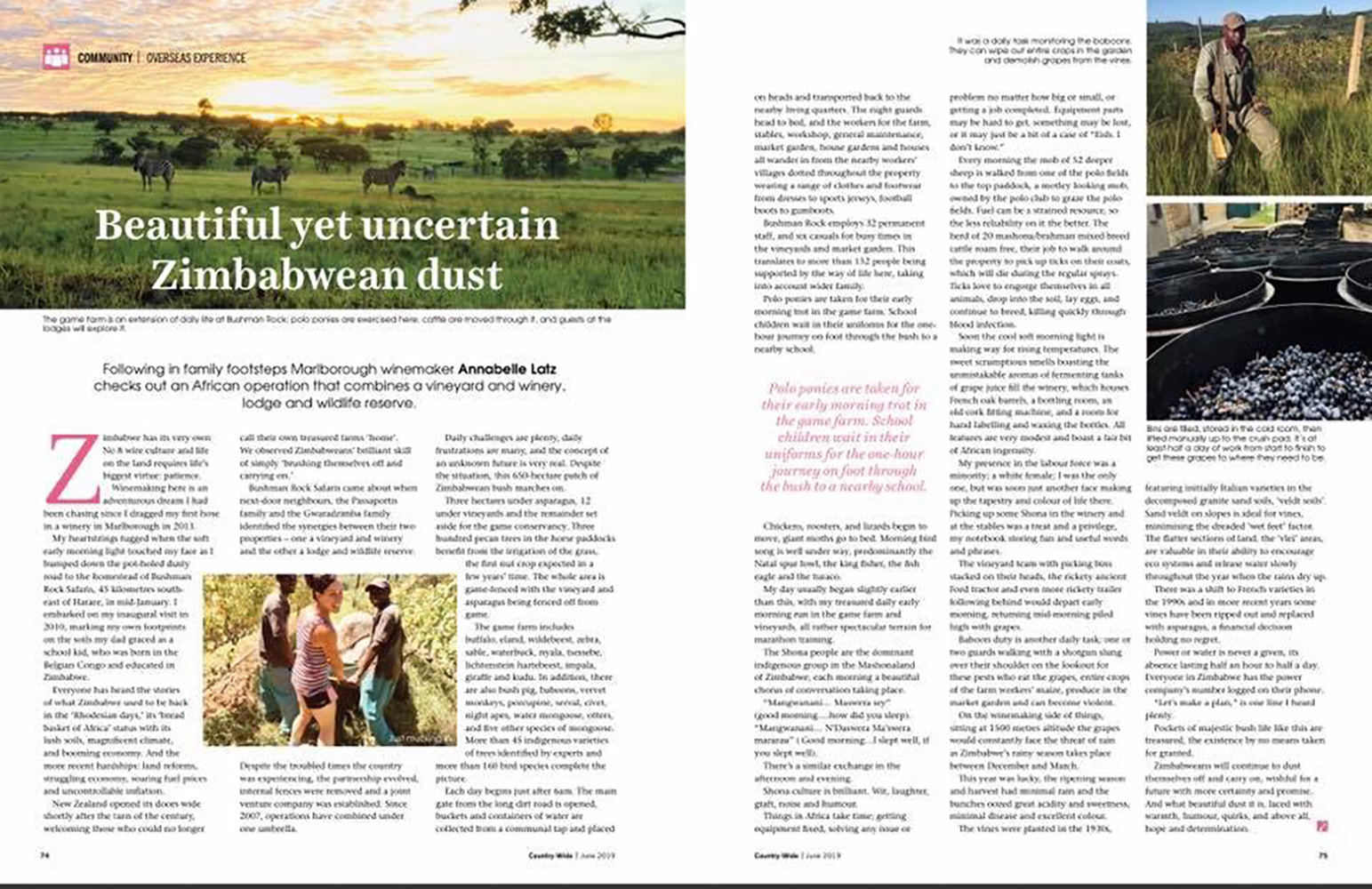 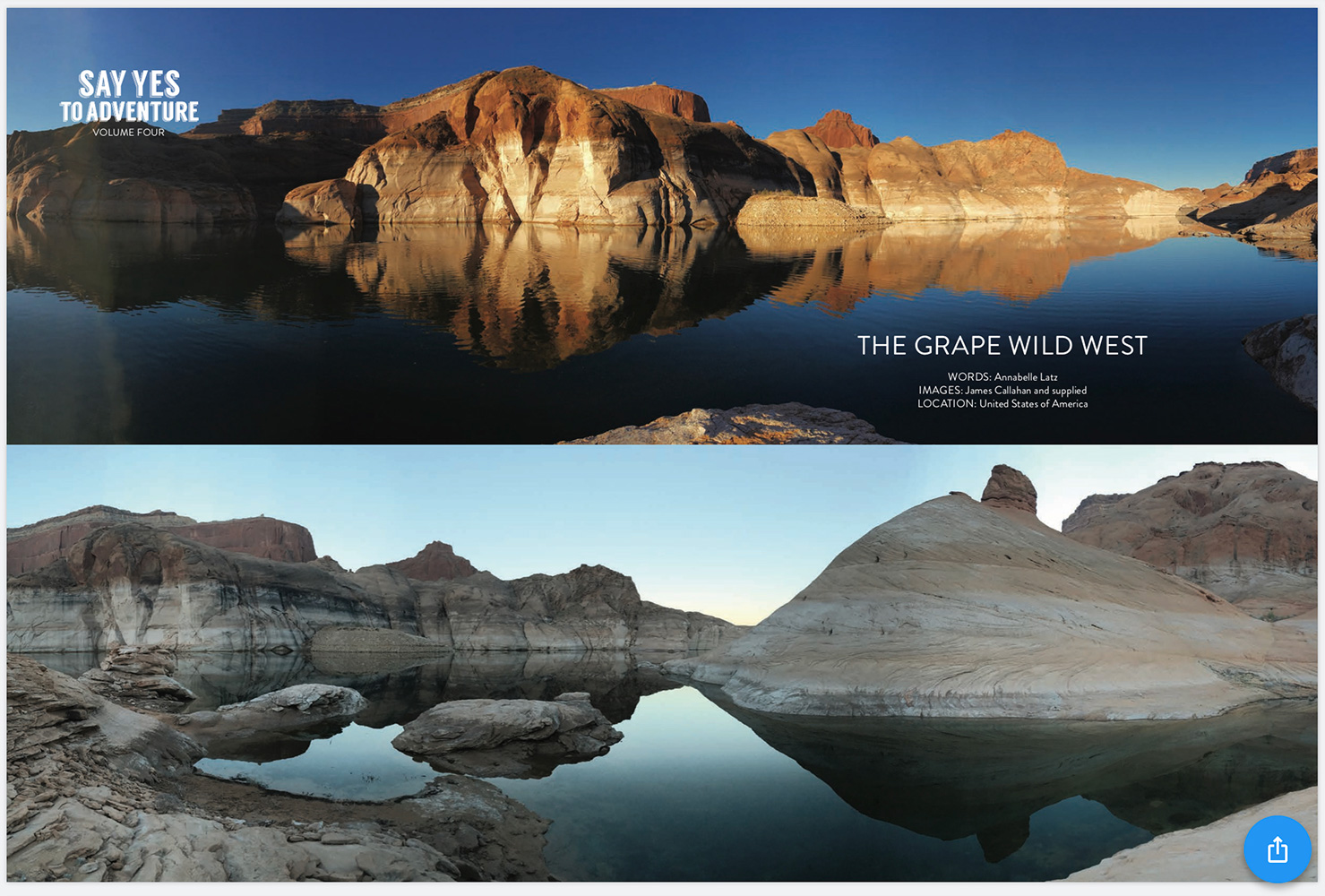 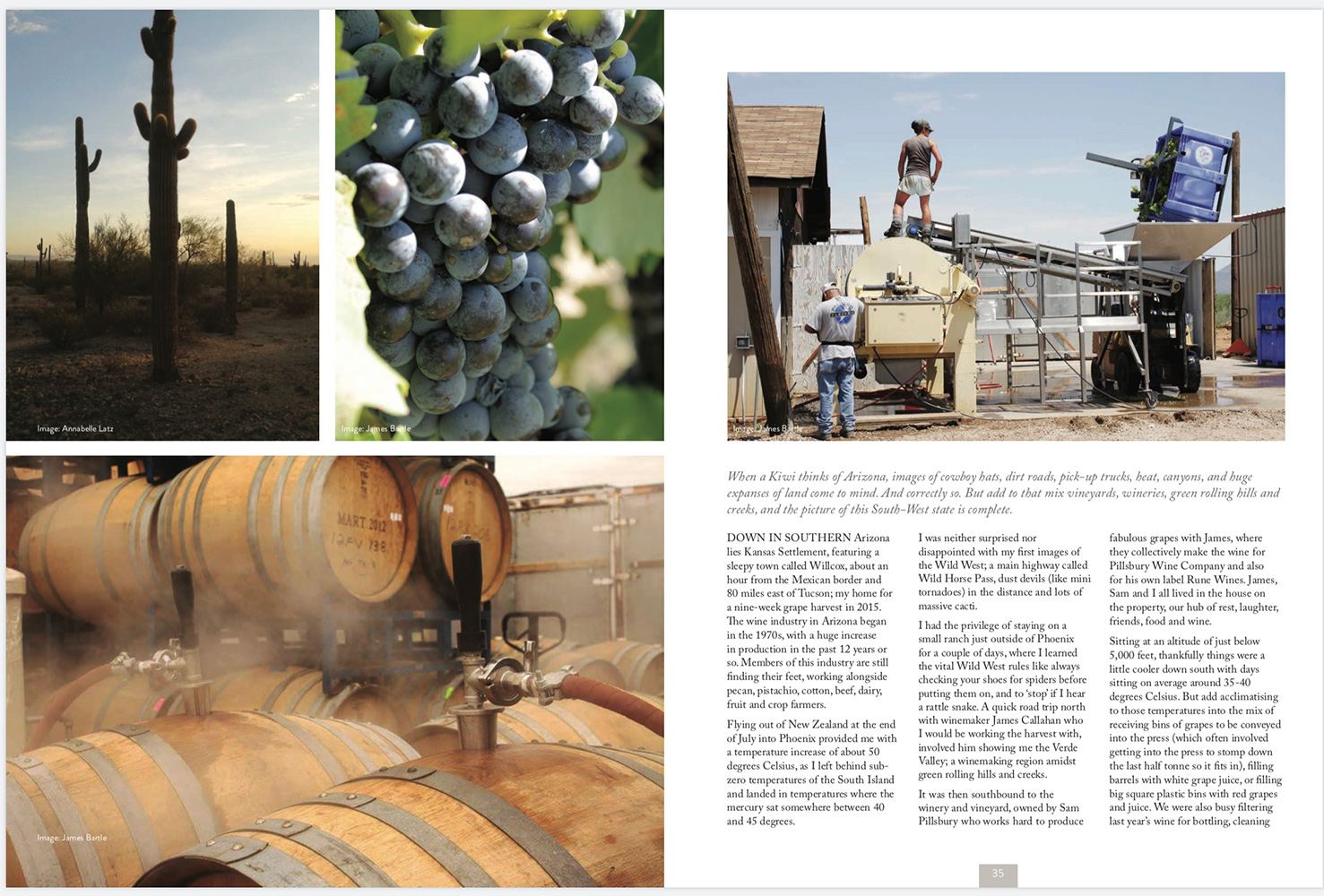 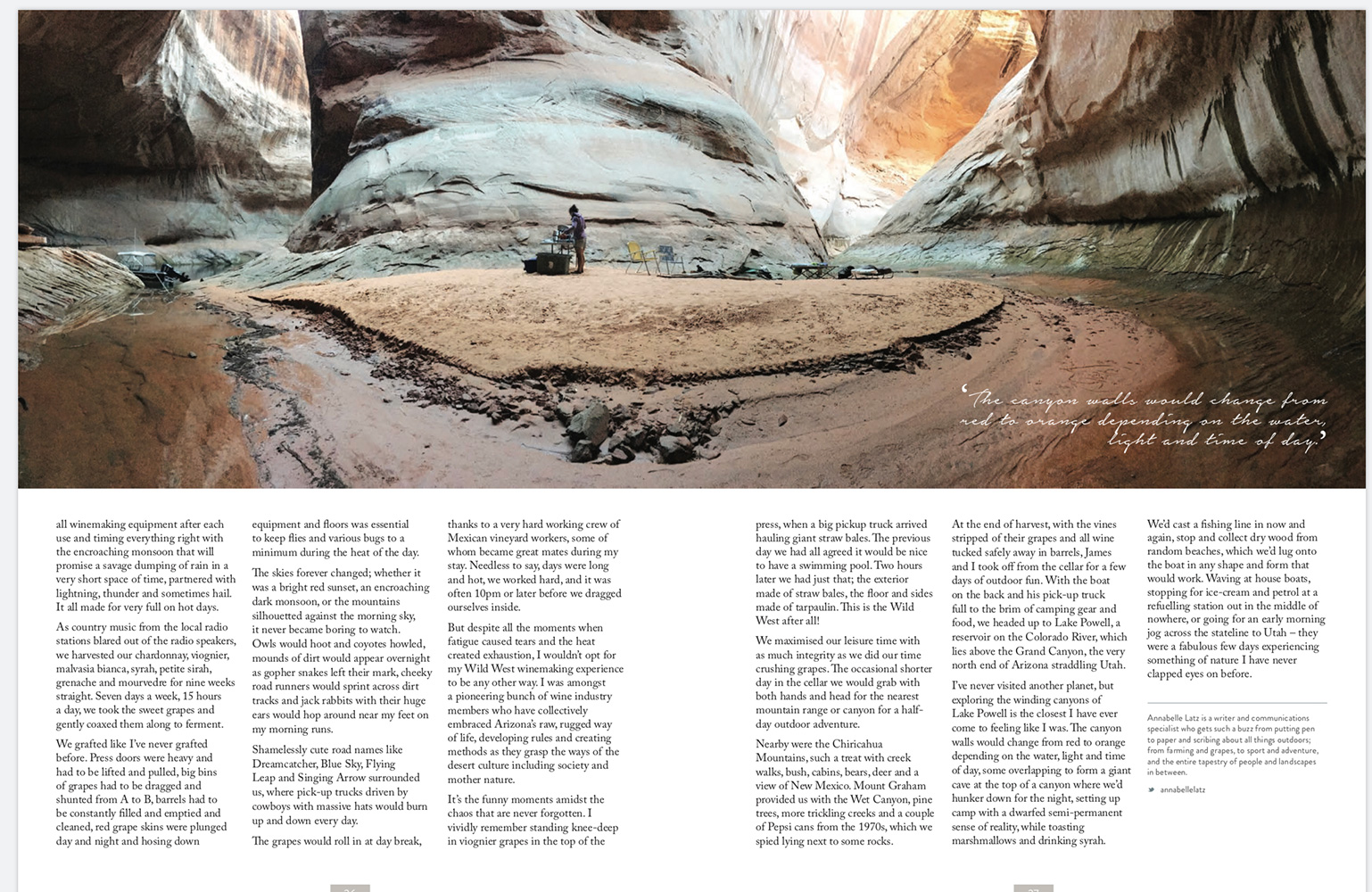