November 2019 – MAPPING OUT A SMILE –What this sport comes down to, is great people.

And when two superior Adventure Racing combos like Addicted2Adventure and Kinetic Events combine forces, you know it will be there ten fold.

Teaming up with my good mountain running mate Peet, we thought we’d dust off our mountain bikes and give this race at Riversands Farm Village in Midrand a bash.

The Kiwi and the Saffa, the Rugby World Cup trials and tribulations long behind us, as Team Kiwi Bok we focused on the task at hand.

Rocking up at the un-Sunday morning time of 5.30 at the venue, bikes strapped in the back of the bakkie, the energetic and fun vibe was unavoidable and the organisers and volunteers running the show were drilled.

Registration was quick; sign our life away, grab our goodie bag with a few complimentary bits and bobs for our bikes, receive our Leg 2 and 4 bike maps, then it was off to nearby T1 to place our bikes before having a few moments to study the map.

Google Maps means anyone can throw themselves into one of these races on a whim; and there were plenty of navigation key pointers both on the website leading up to the race, help on race day. In summary, no one was going to be doing too much unnecessary bundu bashing.

Plenty of music, plenty of smiles, the minutes ticked by rather quickly and it was soon a shade before 7am and time for the briefing and the hand out of our Leg 1 map.

Nearly 90 teams lined up under the start banner, soon leaving behind a storm of dust.

We tore off on Leg 1, a six kilometre run, each team donning their own method of navigating, moving, locating check points and marking them off.

A sure way of getting the heart racing, teams were soon scattered and following their own pace and chosen routes.

Mountain biking was Leg 2 and 4, a total of 17km and a similar theme of wheels and pedals and people going in various directions on their own hunt for the CPs.

The CPs were all very well laid out for the race; well matched to the map and location clues.

We were all grateful for the early start as the mercury soon began to rise.

Despite the organised chaos and sweaty foreheads, everyone was grinning from ear to ear and helping each other when needed – no one would fall off their bike without a ‘are you okay??!!’ from the passing teams.

Leg 3 was a 2km paddling leg – short and sweet with an approachable couple of CPs and just nice to mix it up and be on the water.

Back on the bikes, time for a few more CPs on more dirt roads, single tracks and a little bit of tar road.

I can thank Peet for the rather swift CP locating we enjoyed, (we only had to briefly back track once or twice). I had a couple goes at the map reading, but was not excellent. I was better at reading out the clues, and was not even super brilliant at that all of the time….!

We crossed off the 24th check point after two and a half hours, then it was a quick sprint pedal to the finish.

When stripped back, Adventure Racing can be hard work and frustrating at times. But, when it’s organised by great people who care about the teams’ enjoyment and place this as top priority, Adventure Racing is awesome, no matter what.

So yeah, thanks heaps A2A heroes Jolene and Thinus Matthysen, with the combined powers of Kinetic Events legends Heidi and Stephan Muller. 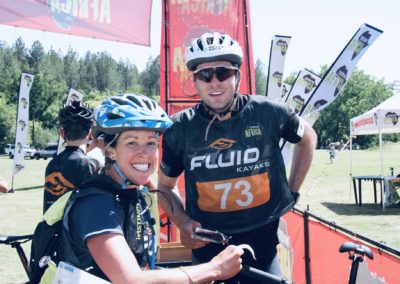 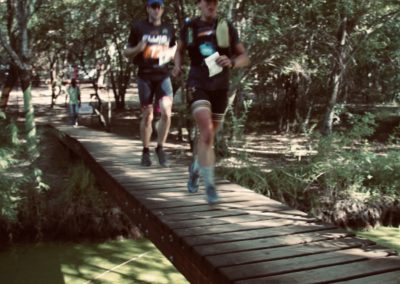 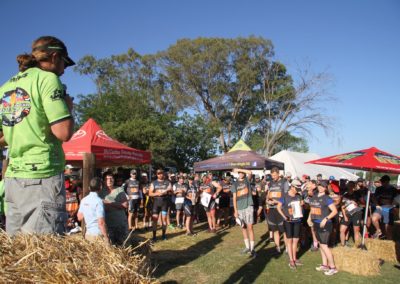 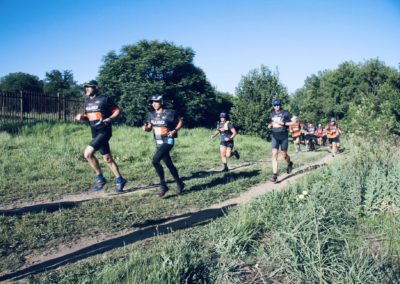 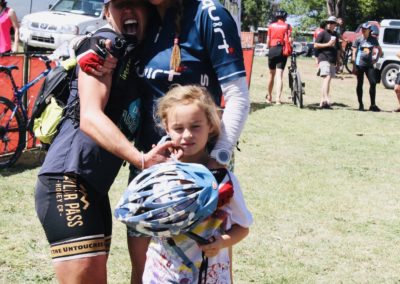 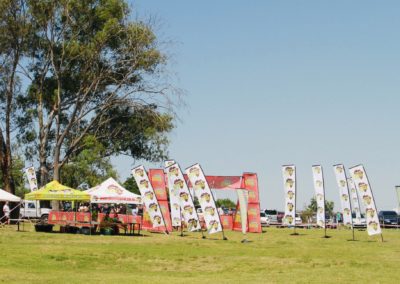 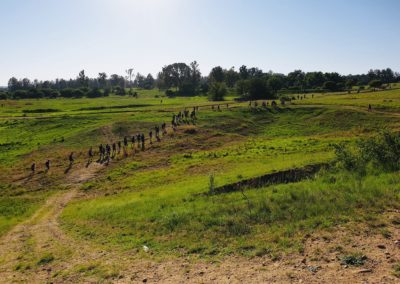 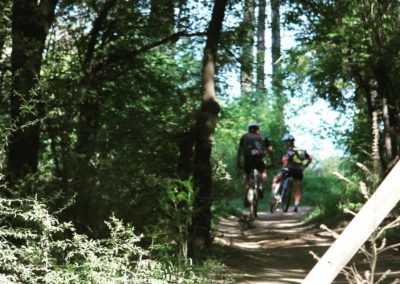 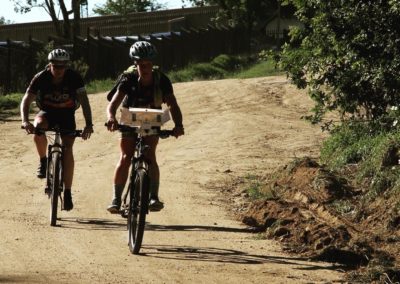 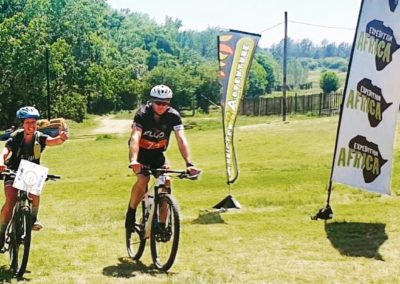 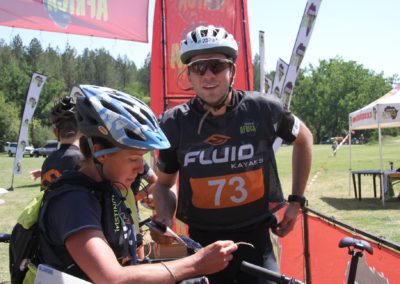 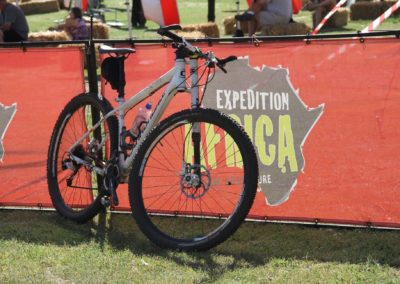 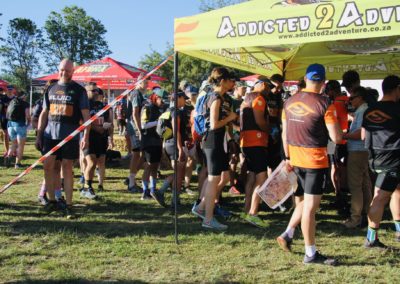 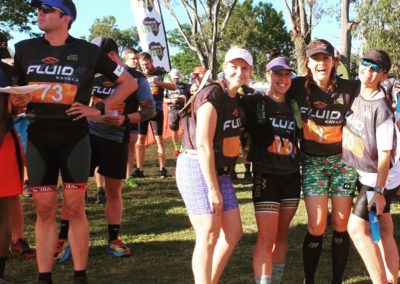 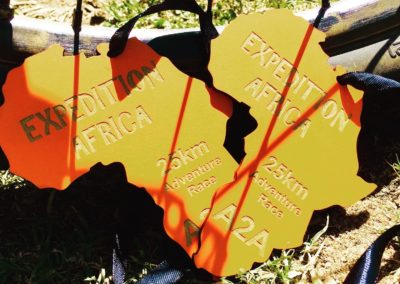 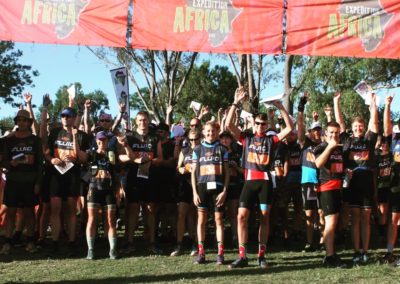 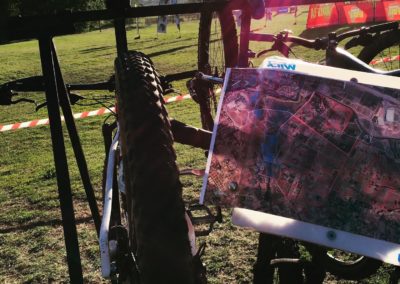 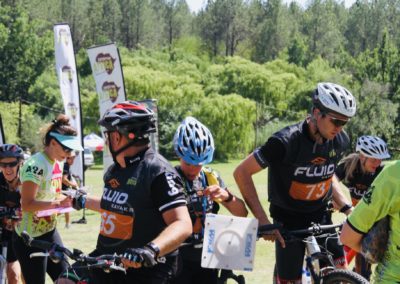 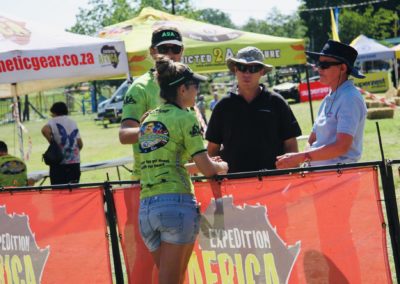